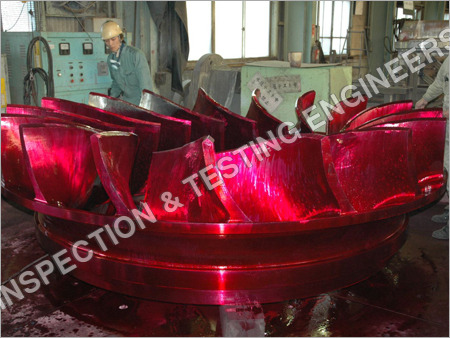 Mainly, inspection of liquid penetration depends on the ability of the liquid to wet the surface of a solid specimen or work piece and form a reasonably uniform and continuous coating by flowing over the surface. Thus, it penetrates into the open surface or cavities of the material. Capillary action or surface tension is the reason behind the ability of a given liquid to enter cavities and flow over the surface. The liquid molecules create cohesive force between them and create surface tension.

Depression or rise of liquid in small cavities leads to the phenomenon of capillary action. Another factor viscosity has considerably no effect on the penetration ability of but it affects the penetrant's flowing ability. Highly viscous liquids are not suitable as penetrants because of their comparatively slow flow over the surface of the test piece. Moreover, they consequently need excessively long time period to penetrate into tiny flaws.

Ultraviolet light or visible light is needed to inspect the Penetrant indications. In the earlier days, unassisted observation by inspector's eyes under bright light was the only detection method used. Perception of an indication brightness is dependent upon the quality of the human eye. In addition, the nature of light highly affects the brightness perceived about the under observation coloured region. Thus, proper lighting at the inspection area is very important for accurate inspection.

When triggered by external radiation like UV rays, some substance release light energy which is better described as Flourescence. In penetration inspection, when the fluid particles are struck in the incident ultraviolet light, they are energized to a superior energy level. After being activated, each particle then gain returns to the original state of inactivity along with the wavelength emission longer than the natural source. Owing to this, the emitted light remains in the visible spectrum. UV light is also called black light because it cannot be normally seen by the human eye. The benefits of this penetrant inspection is the brighter appearance of the region holding greater amounts of the fluorescent. If the inspection is conducted in a very soft light, the region having black appearance will be the one clear of Penetrant material. Great enhancement of the visibility of small indication is done by this method. 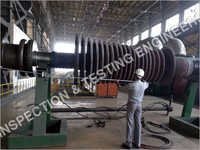 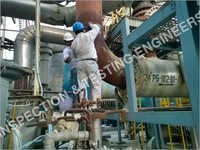 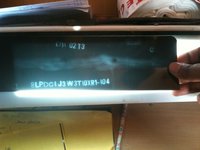 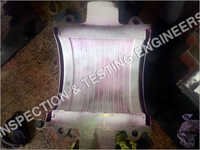